STREAM WAR is an streaming-based game that allows viewers of live broadcasts to participate through comments.

Streamers can link their Twitch account to this game with one click.
Viewers join this game by commands in twitch comments to spawn characters.

A character with viewer’s name will spawn when they join.

Each teams fight until one of them is wiped out. 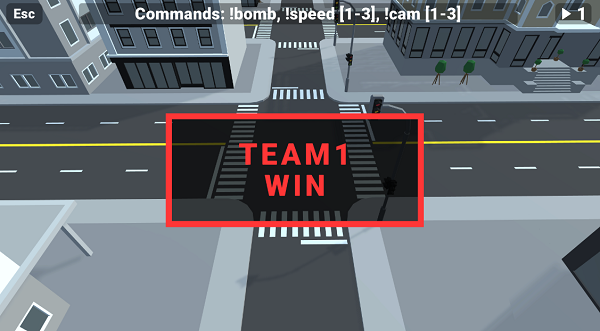 Viewers can also use the !bomb command to drop bombs on the battlefield during combat and the !cam command to change viewpoint.
Winning viewers can increase their in-game points and compete for rankings.